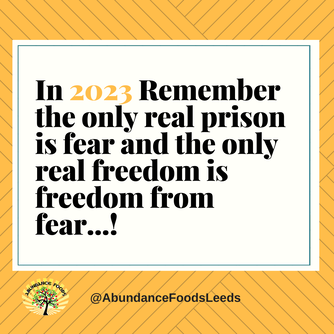 Read what my customers say about ABUNDANCE FOODS:

Thank you Marcia, your cheesecake was absolutely delicious! As predicted, it didn't last long. ​Thanks again
​Abi
Just wanted to say the cheesecakes were boooom!! Enjoyed by all and turned our wet and chilly birthday gathering in the woods into a flavour rave!
Shinghai, Leeds
I must say it's great to have healthy chocolate and cake that quench my craving, I don't feel hungry after, it's amazing really, it takes away unhealthy cravings and works well for me. 😁
Nakita, Leeds
Thank you so much for the truffles and cheesecake. I've been looking for natural raw desserts in the area for ages and then I came across your site. The strawberry cheesecake was amazing and all the truffles tasted Devine especially the caramel one-gorgeous. So glad i found you. Brilliant personal service as well.
Emma, Leeds
Let's talk AMAZING vegan salted caramel sauce from @abundancefoodsleeds! It's amazing, it tastes better than 'regular' caramel, and it has a richer and deeper flavour made from coconut sugar.
Preye, Manchester
Well, Well, Well Abundance Foods - you have done it again! The raw luscious lime cheesecake is absolutely divine! It's rich, smooth and just enough sweetness to balance the tartness of the lime. Gorgeous, thank you
​Tracey, Leeds
I started [eating your salted caramel] with a spoon out of the jar then I had the rest with cheese and crackers. It’s so delicious that you have to put a warning on the label! May cause you to hide and eat it all by yourself!
Carmen, Nottingham
I was lucky enough to come across Marcia at a vegan & yoga event I was working at. Immediately she was so welcoming and helpful, I bought a number of her delicious homemade goodies as at the time I was following a strict dairy free diet but craved something sweet! Both myself and my husband enjoyed her desserts so much, that I ordered more. Marcia the very next day, delivered them to my house! Fantastic service and delicious and nutritious treats. I can't wait to sample the whole range on offer!!
​Ruth, Leeds
"Marcia's chocolate truffles are simply the best. Perfect taste and texture and beautifully presented. Showing that healthy treats can not only be greater but better than the rest."
​Dean, Leeds
"I'm so grateful that you went out of your way to make a cake and put icing on it for me. It is honestly the best vegan cake I have ever tasted."
Lucy, Wakefield
Abundance Foods © All Rights Reserved 2022